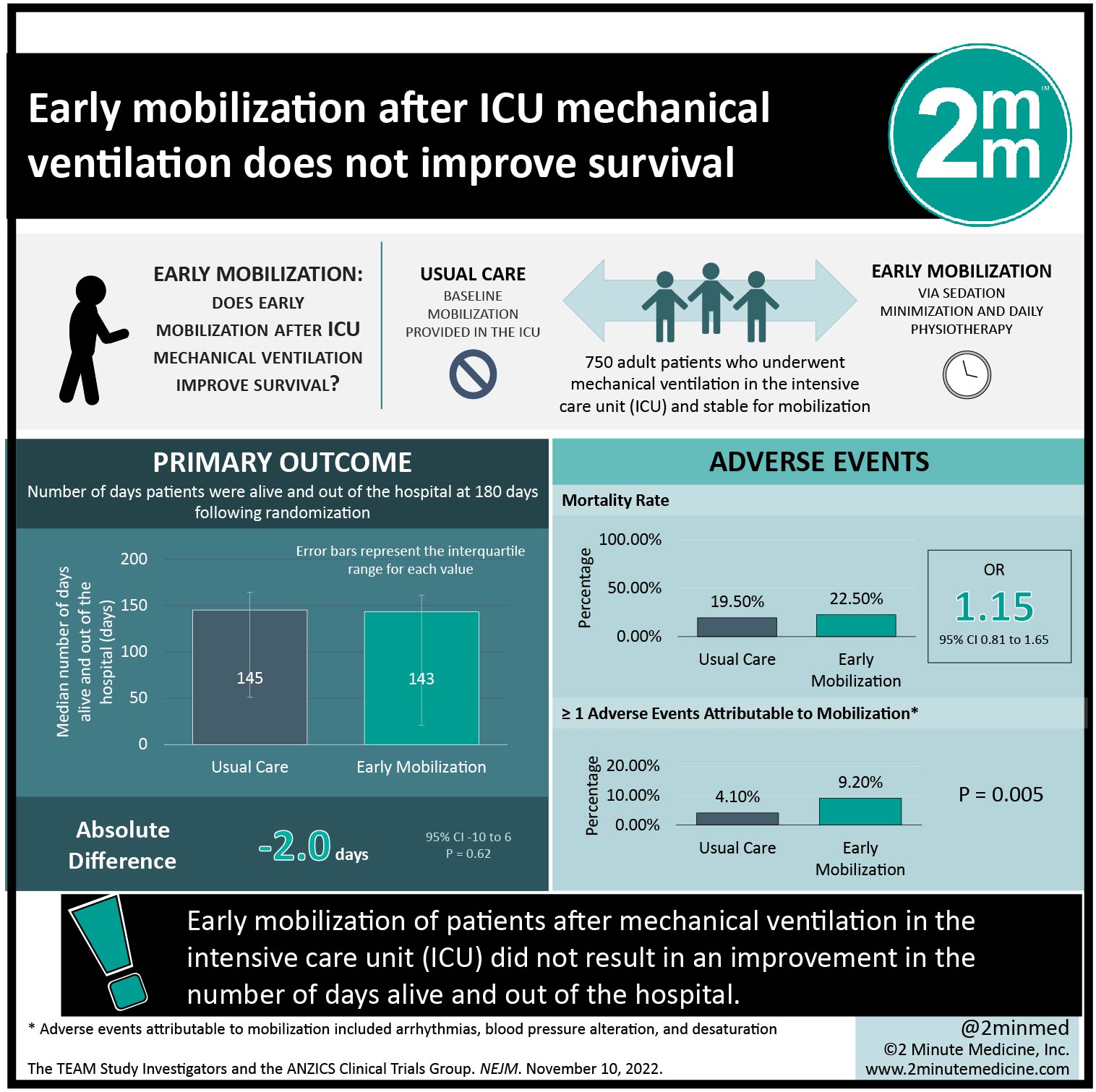 1. Early mobilization of patients after mechanical ventilation in the intensive care unit (ICU) did not lead to an improvement in the number of days alive and out of hospital.

Overview of the study: Patients with severe illness are often admitted to intensive care, many of whom develop weakness, leading to increased mortality and a prolonged recovery course. This weakness is particularly marked in mechanically ventilated patients, due to muscle wasting and comorbidities related to their serious illnesses. Early mobilization has been suggested to lessen the impact of ICU-associated weakness, albeit with limited evidence and treatment standards. The present study was a randomized controlled trial to assess the effects of early mobilization or usual care on the recovery of patients who underwent mechanical ventilation in the ICU. At 180 days, the number of days patients were alive and out of hospital was not significantly different between the two groups. Both groups also showed similar results in terms of quality of life and function. Early mobilization was associated with a higher rate of adverse events. It was noted that patients receiving usual care had a higher level of baseline mobilization than in previous cohort studies. Nevertheless, these results demonstrated that early mechanical ventilation has no impact on the number of days alive and out of hospital compared to usual care.